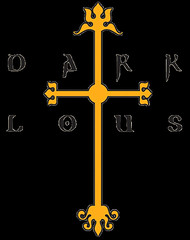 The darkness will once again take over. Time is near for the Lotus Tour it's gonna make the earth quake and your soul tremble. So Get ready Juggalos. If you dont have the New Lotus album (Opaque Brotherhood) Get it before the Gathering it contains a scratch off lottery ticket ther are 500 pair of Gathering passes in there somewhere. And if you dont win a pass you will get coupon codes for the Hatchet Gear site.

Members of the Lotus include none other than the Insane Clown Posse, Twiztid, and Blaze

Dark Lotus announced that they would be releasing a special edition CD of there latest album, 'The Opaque Brotherhood' on the Dark Lotus tour! The rare tour deluxe tour edition of this album is the normal full length album but with 4 extra tracks.