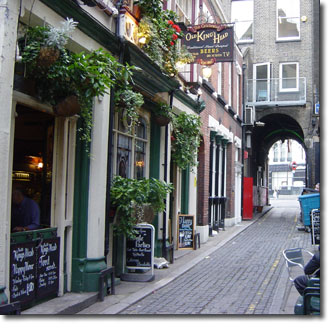 Julian Baggini is a philosopher, writer and journalist. He was awarded a PhD from University College London for his thesis on the philosophy of personal identity in 1996. He then went on to found The Philosophers' Magazine with Jeremy Stangroom, supporting himself with jobs that included teaching and, increasingly, journalism and writing.

He has authored, co-authored and co-edited several books. Among the most significant of these was his first major trade book, Making Sense: Philosophy Behind the Headines and the textbook he co-authored with Peter S. Fosl, The Philosophers' Toolkit, which went through several reprints in its first year. The Pig that Wants to be Eaten became a popular science best seller and his latest book is Welcome to Everytown, which charts six months in a "typical" English town.

Julian is increasingly in demand as a journalist and commentator, writing for The Guardian, for BBC News Online, Prospect, Times Education Supplement, the Observer, New Humanist and The Skeptic Magazine, among others. He makes regular appearances on national radio and television.

Skeptics in the Pub meets (usually) on the third Thursday of every month starting at 7.30pm at The Old Kings Head, London Bridge. A £2 donation is requested to cover the guest speaker's travelling expenses and sundries. Sandwiches and chips are provided at about 7.00pm on a first-come, first-served basis.
Non-skeptics are welcome. Turn up at any time during the evening.

The event was founded in 1999, for all those interested in and/or skeptical of the paranormal, alternative medicine, psychic powers, pseudo-science, UFOs, alien abductions, creationism, Fortean phenomena, cult religions, water-divining, lost civilizations etc. A different guest speaker is invited each month, to talk on a topic of interest. The talk is followed by an informal discussion in a relaxed and friendly pub atmosphere. Real ales are available.