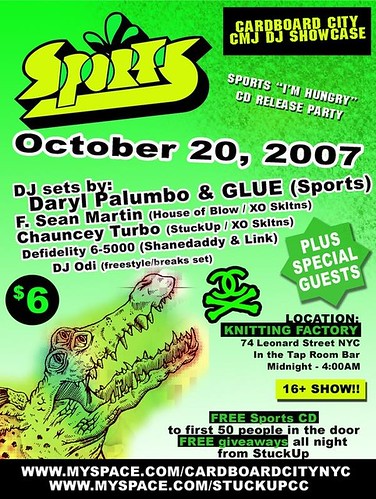 GLUE
Glue made his name stick by performing alongside heavy-hitters in the club for the past 10 years. He is one of the only drum ‘n bass DJs to entertain both hip-hop and rock audiences. Glue’s versatility behind the decks and energetic stage presence can hold down any crowd.