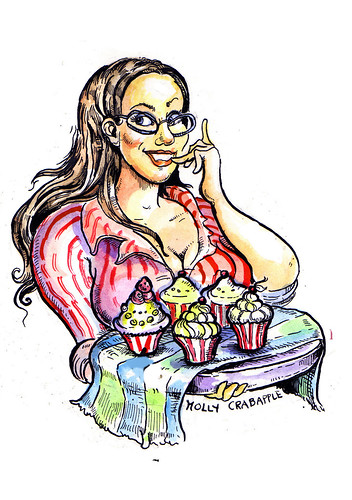 A night of fabulous female authors from across the sexual spectrum (and world). Let Honey B., author of Sexcapades, seduce you before memoirists Sarah Thyre (Dark at the Roots) and Suzanne Portnoy (The Not So Invisible Woman) share their real life sex stories. Marie Lyn Bernard and Sofia Quintero, contributors to Dirty Girls: Erotica for Women, edited by In The Flesh host and curator Rachel Kramer Bussel, will read from their stories in this brand-new collection. Hosted and curated by Rachel Kramer Bussel (Dirty Girls, Yes, Sir, Yes, Ma’am). Celebrate the release of Rachel’s new book Dirty Girls: Erotica for Women, which will be available for sale and signing, along with work by other contributors from Mobile Libris. Free candy and cupcakes will be served.

Honey B. is the pseudonym for Mary B. Morrison. Mary is the New York Times bestselling author of She Ain’t The One (co-authored with Carl Weber), Nothing Has Ever Felt Like This, Somebody’s Gotta Be on Top, He’s Just a Friend, Never Again Once More and Soulmates Dissipate. She lives in Oakland, California with her son, Jesse Byrd, Jr., nearby on a full basketball scholarship at the University of San Francisco.
www.marybmorrison.com 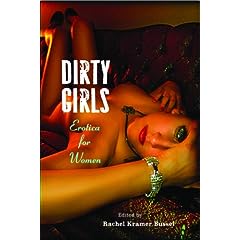 Sofía Quintero is the author of several novels and short stories that cross genres. Under the pen name Black Artemis, she wrote the hip hop novels Explicit Content, Picture Me Rollin’ and Burn. She is also a contributor to two other erotica collections: Juicy Mangos, an anthology of short stories by Latina writers, and Iridescence: Sensuous Shades of Lesbian Erotica.Sofía is also the author of the novel Divas Don’t Yield and contributed novellas to the “chica lit” anthologies Friday Night Chicas and Names I Call My Sister. As an activist, she co-founded Chica Luna Productions (chicaluna.com), a nonprofit organization that seeks to identify, develop and support women of color who wish to create socially conscious entertainment. She is also a founding creative partner of Sister Outsider Entertainment, a multimedia production company that aims to create edgy but quality entertainment for urban audiences. To stay in touch with Sofía and learn about her works-in-progress, public appearances and latest rants and raves by visit her at blackartemis.com, sisteroutsider.biz or myspace.com/sofiaquintero. 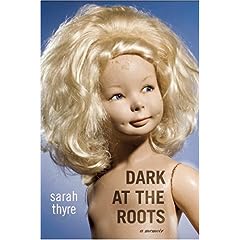 Sarah Thyre is the author of the memoir Dark at the Roots, as well as an actress and writer who has appeared on Late Night with Conan O’Brien and Strangers with Candy, and performed her own work at the Upright Citizens Brigade Theaters, Sit’n’Spin at the Comedy Central Stage, and on Public Radio International. She lives in Los Angeles with her husband Andy Richter and their two children.
www.sarahthyre.com

Added by rachelkramerbussel on March 3, 2008