In The Flesh celebrates its third anniversary with a blowout night featuring drink specials, giveaways, and extra-steamy stories. This evening features an eclectic mix of erotic fiction and non-fiction this November, with novelist and screenwriter Trey Ellis (Home Repairs, Platitudes), novelist Francis Levy (Erotomania), David Henry Sterry (Master of Ceremonies author), comedians Kelli Dunham and Margot Leitman, Jincey Lumpkin (DigiRomp.com), and blogger Desiree. Hosted by Rachel Kramer Bussel (Spanked, Tasting Him, Tasting Her, Dirty Girls). Free candy and cupcakes will be served and books and other prizes will be given away. Free condoms courtesy of Rachel Sarah and free sex toys courtesy of event sponsor Babeland will be given away while supplies last.

Desiree is a brainy, sexy, foodie, geeky, writer chick from New York. She lives in Brooklyn with her vampire cat Snarf and has always had an inclination toward the naughty. She never backs down from a Scrabble challenge and once scored seventy six points with the word "clitoris." She blogs about sex and life at www.baserinstincts.com. For general info on her antics or to find out where to read her stuff, check out www.desireemoodie.com.

Trey Ellis is a novelist, screenwriter, essayist and professor. He is the author of Bedtime Stories: Adventures in the Land of Single-Fatherhood (Rodale). His acclaimed first novel, Platitudes, was reissued by Northeastern University Press along with his influential essay, “The New Black Aesthetic.” He is also the author of Home Repairs and Right Here, Right Now which was a recipient of the American Book Award. His work for the screen includes the Emmy nominated Tuskegee Airmen, and Good Fences starring Danny Glover and Whoopi Goldberg which was shortlisted for the PEN award for Best Teleplay of the year. His essays have appeared in The New York Times, Playboy, The Washington Post, The Los Angeles Times and Vanity Fair, among others and he has contributed audio commentary to NPR’s All Things Considered. His first play, Fly, was produced and performed at the Lincoln Center Institute. He is a regular blogger on the HuffingtonPost.com and Babble.com and lives in Manhattan with his two children where he is an Assistant Professor of Film at Columbia University.

Margot Leitman’s off beat, brutally honest, fearless comedy has earned her two ECNY “Best Female Stand Up” nominations and the “Joke of the Week” in Time Out New York. Margot now regularly appears as various characters, including the cult favorite Gynoblast on Late Night With Conan O’ Brien, in addition to appearances on VH1’s Best Week Ever, ESPN’s Cheap Seats, AMC, the Style Network, E!, Comedy Central, MTV and NBC Broadband. Most recently she can be heard as the voice of “Fox” on the new Spike TV cartoon The Team, as a featured comedian on Comedy Central.com’s “Weekly Evil,” and dancing in the current Mohegan Sun ad campaign. Every month she and Giulia Rozzi co-host the wildly popular, monthly, sex-themed storytelling show “Stripped Stories”. Margot has been featured in Glamour Magazine, and the books Fifty Dates Worse Than Yours and The Complete Idiot’s Guide to Jokes. She has written online for the Lifetime Network, College Humor.com, EHow.com and in print for Playgirl Magazine. Her stories will appear in three different anthologies slated for publication in 2008/2009.
www.margotleitman.com 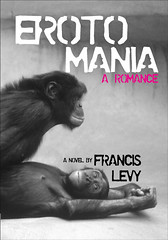 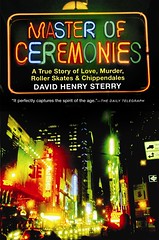 David Henry Sterry is the author of Master of Ceremonies: a True Story of Love, Murder, Roller Skates and Chippendales, about being the MC at Chippendale's in New York in the cash-happy coke-crazy 80s. He also wrote Putting Your Passion Into Print, and as a book doctor has helped many writers become authors. His first book, Chicken: Self-Portrait of a Young Man for Rent, is being made into a TV series by Showtime. Chicken, the 1-man show was named the #1 show in the UK. And yes, he was the ugliest man at Chippendales.
www.davidhenrysterry.com

Added by rachelkramerbussel on November 4, 2008