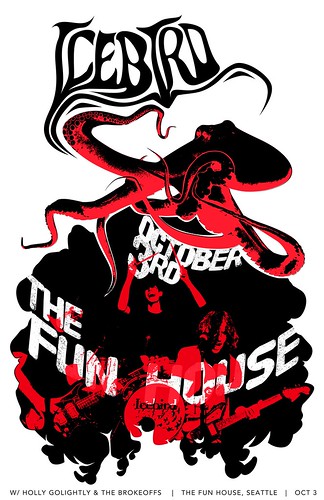 Time Out New York
"Icebird's Magnitude might be the best indie-rock album out of LA all year."

LA Alternative
"Icebird is a Koreatown trio (Barry Monahan on guitar/vocals, Kate Wise on drums and Mike Monahan on bass) that unflinchingly pays tribute to real rock bands like Mission of Burma, the Wipers, and Jesus Lizard without sounding retro."

Alternative Malta
"One gets the feeling that the band is one big sparking ball of energy
ready to torch the world, screaming (and yes the vocalist screams) its way through."

Terrascope UK
"the whole album crackling with noise; a non stop avalanche of bass heavy riffs, chaotic guitar and powerful drumming, that rattles around your brain in joyous abandon."

Impact Press
"Icebird are among the new wave of young groups who draw their influences from a time when people were more willing to say what they mean and just plain rock out."