GLBT Erotica Night at In The Flesh Reading Series June 18, 2009 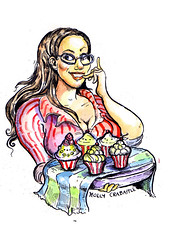 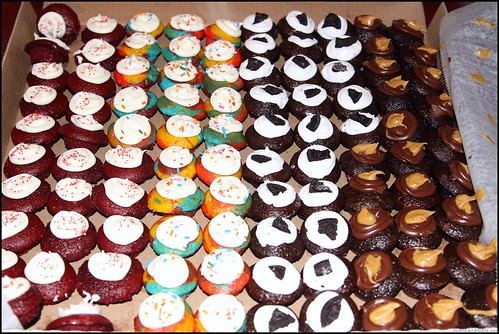 Diana Cage is the author of three hilarious books on sex and dating: Girl Meets Girl: A Dating Survival Guide, Box Lunch: The Layperson’s Guide to Cunnilingus, and Threeways: Fulfill Your Ultimate Fantasy. She is the former host of The Diana Cage Show on Sirius XM and still pops up on the radio a couple of times a month to give advice on sex and love to lonelyhearts everywhere. Her writing has appeared in countless journals, anthologies and magazines and she currently writes on sex and politics for Shewired and Velvetpark. She is featured in the Here! Television series Lesbian Sex and Sexuality, and is now trying to figure out what's left to write about.
www.dianacage.com

Kelli Dunham is a genderqueer Fresh Fruit award-winning comic, ex-nun and a Wisconsin farmgrrl gone very bad. She has two comedy CDs to her credit: I am NOT a 12 Year Old Boy and Almost Pretty and is the co-producer of Gayety, Brooklyn's experimental queer comedy cabaret. She is on the organizing board of the Butch Voices
(www.butchvoices.com) and is the author of four published books of light hearted nonfiction and a frequent contributor to humorous anthologies. She is currently touring Pudding Day, an irreverent one boi show about her partner's struggle with cancer. In June she is launching the first of episode of Queerhouse Rock, an animated parody of the 1970 kids' cartoon series Schoolhouse Rock. She has performed at the Risque strip club in Philadelphia, at numerous churches, Lacrosse Wisconsin Pride, and a livestock auction. She once taught a nun to masturbate. With great success.
www.kellidunham.com

Madlyn March is the pseudonym of a writer whose work has appeared in the anthology First-Timers, Black Table, AfterEllen, AfterElton, Complete Woman, The New York Post, Time Out New York, and others. Toni is based on a bully who once tortured her, but the sexual part is all wishful thinking.

Kimberly "Q" (aka The Lesbian Goddess) is the writer, creator and author of Orchids: African American Lesbian Erotica One Night Stands, Orchids II: Reality or Fantasy and her just released Lesbian Funk A Journey Into The Oblivion. She formed her company Women of Choice to signify the choices of life that we as women dare to explore with a mission to go beyond the realm of women's comfort zones and normalcy by providing them with exotic adventures, unexplained pleasures, new and exciting ideas and inexplicable desires. Her books are episodes presented to entice, entertain and broaden the thoughts, actions and creativity of the lesbian sexual experience.
www.womenofchoice.com

Rob Stephenson's novel Passes Through will be published by Fiction Collective 2 in Spring of 2010. His novella U will be published later that year by Rebel Satori Press : Queer Mojo. Rob and Mikael Karlsson have made a CD called dog, now available from Please MusicWorks. They are currently working on new music that will be part of the Terry Riley Remixed CD released later this year by Innova Recordings.

Added by rachelkramerbussel on May 8, 2009