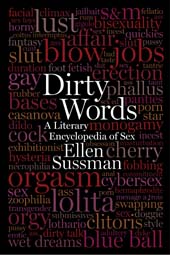 Abiola Abrams is the host of BET’s The Best Short Films. A writer and filmmaker who gives motivational talks, her empowerment movement and interactive site are called the Goddess Factory. Abiola’s debut novel, Dare, a chick-lit Faust, was published by Simon & Schuster. She has a B.F.A. from Sarah Lawrence College and an M.F.A. from Vermont College of the Arts.
www.abiolaabrams.com

Melinda Davis lives and writes in New York City and the Berkshires. Her fiction has appeared in the Quarterly, Ploughshares, and the Pushcart Prize collection. She is the author of The New Culture of Desire, published by the Free Press.

Stacey D'Erasmo is the author of the novels Tea (2000), A Seahorse Year (2004), and the forthcoming The Sky Below (2009). She is an assistant professor of writing at Columbia University.

Michael Hickins is the author of a sexy collection of stories, The Actual Adventures of Michael Missing (Alfred A. Knopf, 1991; iUniverse, 2000). His most recent work includes Blomqvist (iUniverse, 2006), a picaresque novel about faithlessness set in eleventh-century Europe, and The What Do You Know Contest. He lives in New York City.

Thorn Kief Hillsbery’s most recent novel, What We Do Is Secret, was short-listed for the 2006 Lambda Literary Award. His other novels include War Boy and the forthcoming King & Country. He is a former columnist for Outside and has written for Rolling Stone and other magazines. He lives in Manhattan, where he teaches creative writing at Columbia University.

Victoria Redel is the author of two books of poetry and three books of fiction: The Border of Truth as published in 2008. Loverboy was chosen in 2001 as a Los Angeles Times Best Book and adapted for feature film. Swoon was a finalist for the James Laughlin award.
www.victoriaredel.com

Added by rachelkramerbussel on August 25, 2008