Three decades ago Tom Ferrick founded the Humanist Chaplaincy at Harvard University. Tom then led the Chaplaincy to become a permanent position at Harvard, and on April 20 and 21, 2007 we will celebrate 30 years of his service to Harvard and Humanism.

To honor Tom and his historic vision, Harvard will host a major Humanist Conference, featuring a symposium on the theme “Dialogue Among Religions, Cultures, and Civilizations?,” and much more, where the Humanist Chaplaincy will lay out a bold new vision for the future of Humanism at Harvard and universities across the US. In attendance will be eight or more decades of Harvard Humanists, from Ambassador Carl Coon A.B. ’49, to members of the class of 2010.

Speakers, performers and presenters include the leaders of all the leading Humanist organizations in the US, and many of the greatest minds of our time:

Salman Rushdie, renowned novelist and writer, to be given the first annual Outstanding Lifetime Achievement Award in Cultural Humanism. Rushdie will offer a literary reading on Friday night, and then on Saturday will address the subject of "Humanistic Islam" for the first time ever, as part of a panel on "Abrahamic Humanism" including
Rabbi Sherwin Wine (see below) and a special guest TBA.

Amartya Sen, 2002 International Humanist of the Year Harvard Lamont University Professor Emeritus and winner of the 1998 Nobel Prize in Economics, to speak on Indian Humanism.

E.O. Wilson, 1999 American Humanist of the Year Harvard Pellegrino University Professor, member of the board of directors of the Humanist Chaplaincy at Harvard, two-time Pulitzer Prize winner hailed as “the new Darwin” by many.

Dar Williams, acclaimed folk/rock star who “…may be the best female singer/songwriter in America today.” -Stereo-type magazine. The inspiring and socially conscious artist has sold nearly a million records to date, nationwide.

Steven Pinker, 2006 American Humanist of the Year Harvard Johnstone Family Professor of Psychology and one of Time Magazine’s “100 Most Influential People in the World,” 2004.

Rabbi Sherwin T. Wine, 2003 American Humanist of the Year founder of the international movement of Humanistic Judaism and one of the world’s most inspiring Humanist orators.

Professor Tu Weiming, Director of Harvard’s Yenching Institute for Chinese Studies, the world’s leading authority on Confucian Humanism, and one of the world’s most important living thinkers on Chinese philosophy.

Ned Lamont, 2006 Democratic candidate for US Senate from Connecticut to address the legacy of his beloved granduncle Corliss Lamont, the great Humanist philosopher and Chaplaincy founder.

Ambassador John L. Loeb Jr., who will receive an award for his work leading the $10 million restoration campaign of the Touro Synagogue, to which George Washington wrote his famous letter on “to bigotry no sanction, to persecution no assistance.”

Humanist Philanthropist Louis Appignani, founder of the Appignani Center for Bioethics at the United Nations and the Appignani Humanist Legal Center in Washington, D.C.

Ambassador Carl Coon, Harvard class of 1949 and member of the American Humanist Association board of directors 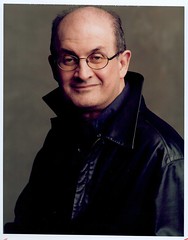 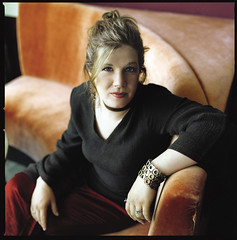 I am very excited to attend my first Humanist /Symposium

So how does this work in terms of admittance? Fist come first serve? Are there tickets to be bought?

Basically, how do I make sure that I see Salman Rushdie speak?